Dominated by the Continental Divide and a Rich Mining History

Covering over 5,600 square miles, the Colorado Northern Front Range is Dual Sport riding heaven. We have over 30 Dual Sport trails and roads for you to ride and explore this amazing area.

Covering over 5,600 square miles, the Colorado Northern Front Range is Dual Sport riding heaven. Wrapping over the spine of the Rocky Mountains, it’s roughly bordered by Wyoming to the north, I-25 to the east, I-70 to the south and the Continental Divide to the west. And because it’s within reach for day trips, we’ve included the area west of the Continental Divide to Highways 9 and 14 as well.

The Northern Front Range is dominated by the Continental Divide running north and south. Most of the paved roads climb from east to west through twisty serpentine canyons ending in spectacular views. This area is also dominated by its rich mining history. In fact, the first gold found in Colorado was discovered just west of Boulder. Many of the towns you’ll drive through, like Central City, Eldora, Nederland, Gold Hill and Ward, got their start as rough and wild mining towns and are still alive today. Others like Apex, Tolland, Caribou and Colorado City are ghost towns with only windy whispers of their once wild exploits.

Most of the trails and roads in this area were made to access the mines up high in the mountains and deliver their gold, silver and mineral rich ores to the mills and smelters down below. Because these mines are in remote and poorly accessible areas, the trails can sometimes be steep and rough. But don’t worry, we’ve ridden these trails and give you all the information you’ll need to pick the ones that are right for you. And once you’ve visited this area, we know you’ll head back to challenge yourself on new adventures. After all, it’s called Adventure Riding for a reason. Ride On! 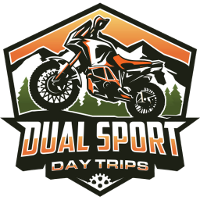